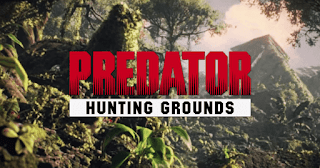 UPDATE - Predator: Hunting Grounds will release for PS4 on April 24, 2020. Those who pre-order can unlock a special '87 Skin for Predator and gain early access to the "Ole Painless" minigun from the movie.


During the latest State of Play, Sony revealed a new game from there Worldwide Studios. Predator: Hunting Grounds, from developer illfonic is a an asymmetric multiplayer shooter, where one player takes control of the stronger unit while every other player is a weaker but more numerous unit. The short trailer just shows a group of soldiers pacing around a jungle when an invisible Predator is standing on a tree above them.
On the PlayStation Blog, illFonic gave a few more details beyond what was in the video, confirming that idea.
"One group of players will control members of an elite Fireteam who pack state-of-the-art conventional firepower, from shotguns and SMGs to sniper rifles and more," the blog reads. "Meanwhile, one player will control the Predator: a stealthy, acrobatic killing machine bristling with exotic alien technology such as the infamous Plasmacaster. As the Fireteam attempt to carry out paramilitary missions – annihilating bad guys and recovering important items – the Predator will be closing in, using its advanced vision mode to track and ambush its prey."
Predatory: Hunting Grounds will release on PlayStation 4 in 2020.