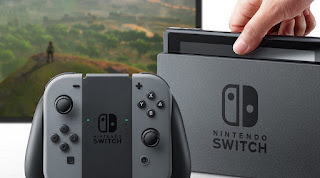 There has been a rumor going around for a while now that we could possibly see new versions of the Nintendo Switch. According to The Wall Street Journal, it sounds like they’re real and we won’t have to wait long.
The outlet is reporting that two new models are coming soon. One is supposedly a cheaper version  with some features (like vibration) removed. The second model is supposedly an enhanced version of the Switch. What those enhancements are are unknown.
The Wall Street Journal says that sources are expecting the device to be announced at E3 and then be released before Christmas.