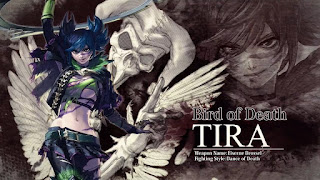 Bandai Namco have announced that Tira is the first DLC character for Soulcalibur VI. She will be available at launch, free for those who have the season pass and as a standalone purchase for everyone else.

Bandai Namco also revealed the Libra of Soul story mode, which involves a create-a-character mode. Players create their own fighter and work their way through the ranks of other warriors both from the game and designed by other players to get to the top of the mode. You can check out the trailer for it below. The mode is separate from the other Soulcalibur VI story mode.

Soulcalibur VI is releasing on PlayStation 4, Xbox One, and PC on October 19.