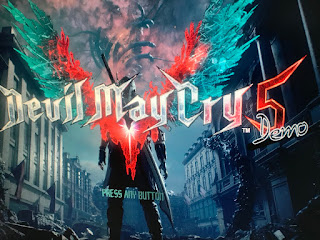 News has been quite on the Devil May Cry 5 front since E3, until now that is.
Devil May Cry series producer Hideaki Itsuno revealed on Twitter that they've finished the demo for Gamescom, showing that the title will be playable for the first time at the convention. The tweet also shows off the demo menu screen.

Devil May Cry 5 is set to release for PlayStation 4, Xbox One, and PC in early 2019 and Gamescom will take place in Cologne, Germany from August 21-25.