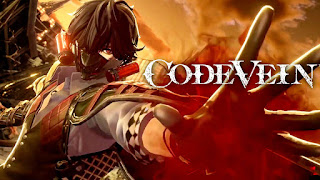 Bandai Namco announced that its anime vampire Dark Souls title Code Vein was coming to PS4, Xbox One, and PC on September 28. However,
Code Vein will now come out in 2019. While there’s no specifics with that info, Bandai Namco says that hands-on impressions from fans have been positive. The company is taking that info and using it to "further refine" the title's gameplay.


UPDATE 6/11/2019 -  Code Vein is now dated for September 27. Check out the date announcement trailer below. Code Vein will be available on PS4, Xbox One and PC.