SEGA Announcing What’s Next For Sonic At SXSW 2018 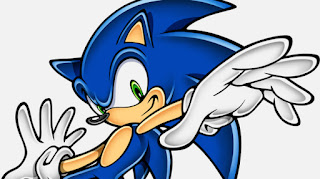 SEGA will once again be participating at SXSW and this time they will be talking about what’s next for the blue hedgehog. The panel will also discuss last year’s Sonic Mania and Sonic Forces which both performed well at retail. The panel will take place on March 16th at 3.30pm. Here’s the details:

“Sonic is back, and ready to take 2018 by storm. Join the official team from SEGA who are building Sonic’s future as they give you an update on last year’s strong performance of Sonic Mania and Sonic Forces, as well as the world-exclusive first look at what comes next for the fastest blue hedgehog. Speakers include Sonic Team head Takashi Iizuka, Sonic PD Director Austin Keys, Sonic Mania Animation Director Tyson Hesse, and Sonic Social Media Manager Aaron Webber. You won’t want to miss this!”
Posted by 9To5TechNews at 12:14 AM