Best Buy has announced announced that they will no longer 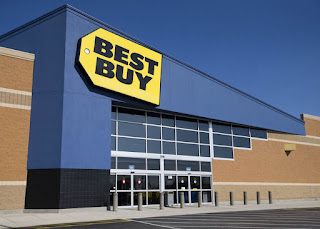 stock CDs. Business Insider UK reports that Best Buy plans to pull CDs from all of its stores by July 1. Best Buy isn't the only one to be affected by the rise of services like Apple Music and Spotify. Target is also looking to do the same, and they have told music suppliers that they want to pay for CDs on a consignment basis, which means they will only pay them if and when they sell the merchandise, rather than purchasing the stock up front.
Posted by 9To5TechNews at 11:01 PM