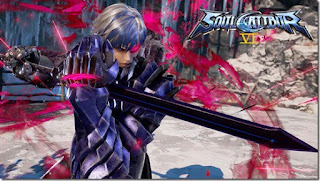 Bandai Namco has revealed new details about SoulCalibur 6's roster, which will features a new character named Grøh. The news comes from a new gameplay trailer, which you can view below. Grøh, also known as The Agent in Black, wields a double-ended sword which he can separate into two weapons. Returning favorites Kilik, Nightmare, and Xianghua, join the roster as well. Kilik, Nightmare, Xianghua, and Grøh join previously confirmed fighters Mitsurugi and Sophitia bringing the new total to 6 characters. SoulCalibur 6 launches on PlayStation 4, Xbox One, and PC in 2018.