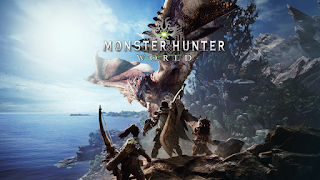 We already know that Monster Hunter World is coming to PlayStation 4 and Xbox One on January 26, but the PC version is coming closer to the end of 2018. Producer Ryozo Tsujimoto took to twitter to announce the release window in the form of a video. Tsujimoto promised the team is working hard on the PC version and says it is aiming for fall 2018. He also said more details will be coming later and after the release of the console versions of the game, free updates will be coming, including new monsters.

#MHWorld is currently being optimized for PC and is planned for an Autumn 2018 release! pic.twitter.com/82JUC6iIMC
— Monster Hunter (@monsterhunter) January 3, 2018