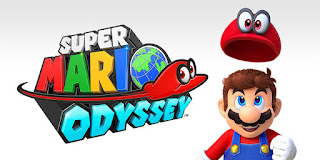 In just 5 days, the new Super Mario Odyssey video game for the Nintendo Switch system sold more than 1.1 million units in the U.S. alone. That makes it the fastest-selling Super Mario game ever in the U.S., surpassing the New Super Mario Bros. Wii game. Super Mario Odyssey is also the fastest-selling game so far for Nintendo Switch.
The game has already been enjoyed by well over a million people, and is likely to be enjoyed by many more, as those early players continue to spread their excitement for Mario. On Metacritic.com, which aggregates scores from certain reviewers, for example, the game currently has a critical review average of 97, with 43 perfect scores. This makes Super Mario Odyssey the best-reviewed game on Metacritic for any system of the last three years, tied only with Nintendo Switch launch game The Legend of Zelda: Breath of the Wild.
“The public continues to respond positively to Mario’s latest adventure,” said Reggie Fils-Aime, Nintendo of America’s President and COO. “We’re also seeing sales momentum for Nintendo Switch thanks to an ever-growing catalog of games from large publishers and indie developers.”