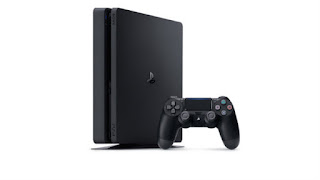 Black Friday 2017 was a record breaker for Sony's console sales, as well as a strong defense for the state of consoles in today's gaming market.
In an interview with CNBC, Eric Lempel, vice president of marketing and head of PlayStation Network at Sony, says this year's Black Friday was the company's best to date, thanks in part to other offers which could be paired with console purchases. This year's deals included the PlayStation 4 Pro for $349.99 and the PS4 Slim model for $199.99, with a year-long subscription to PlayStation Plus for a discounted price of $39.99.


"We sold more consoles than we ever have in our 22-year history, and Plus is a natural addition to that purchase," Lempel says. "We're having a phenomenal year. As you've said, we've sold more consoles this year than ever before and the console business is doing great."
Posted by 9To5TechNews at 4:44 PM