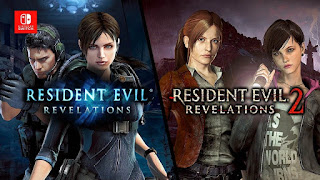 
Capcom has to take various factors into account when deciding what format to deliver our titles to our fans. These can include but are not limited to overall production costs, manufacturing times, distribution, and first party regulations. In the case of Resident Evil Revelations, we’ve found that unfortunately it’s not viable for Capcom Europe to create a physical version of the title on Nintendo Switch for our territories, however we will be making this available as a digital release.
Posted by 9To5TechNews at 11:45 PM