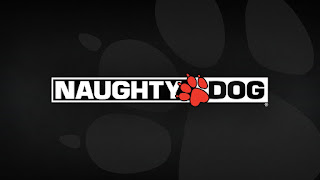 Former Naughty Dog employee David Ballard came forward on social media, saying that he had been sexually harassed by a lead at the company in 2015. Naughty Dog has released an official statement which can be read below:
We have recently read on social media that an ex-employee of Naughty Dog, Dave Ballard, claims he was sexually harassed when he worked at Naughty Dog. We have not found any evidence of having received allegations from Mr. Ballard that he was harassed in any way at Naughty Dog or Sony Interactive Entertainment. Harassment and inappropriate conduct have no place at Naughty Dog and Sony Interactive Entertainment. We have taken and always will take reports of sexual harassment and other workplace grievances very seriously. We value every single person who works at Naughty Dog and Sony interactive Entertainment. It is of utmost importance to us that we maintain a safe, productive workplace environment that allows us all to channel our shared passion for making games.
Ballard was environmental and level design artist at Naughty Dog since 2009, claims this sexual harassment occurred in 2015. Ballard claims that upon explaining the situation to PlayStation HR, he says he was terminated and offered $20,000 to keep quiet. You can view a number of his tweets by clicking here.

I don’t know what to think of this. I don’t want to believe something like this would happen with Naughty Dog, but with sexual harassment claims being relieved left and right the past few days, I’m not sure what to believe. What are your thoughts ?
Posted by 9To5TechNews at 11:26 PM