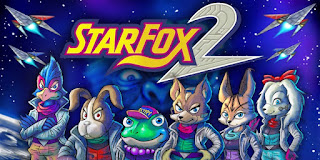 Japanese gaming publication Famitsu recently interviewed Kazuhiro Maruyama from Hardware development department, Takao Shimizu from the Planning and development department, and Kazuyoshi Nishi from the Business department. They spoke about SNES Classic and the legendary games included on the system. One of the games mentioned was the mythical Star Fox 2. Here’s what they had to say (translated by Siliconera) about the more than welcome inclusion of Star Fox 2 on the SNES Classic.
Famitsu: Could you tell us how including the mythical Star Fox 2 on the Super Nintendo Classic Edition became a reality?
Takao Shimizu, Planning and development: From the beginning when we were thinking what we would add to a hypothetical SNES Classic, one of the issues were the titles that utilized the Super-FX chip, such as Star Fox and Yoshi’s Island. Of course, we knew about Star Fox 2, and we were talking about adding those titles if we could emulate the Super-FX chip.
Kazuhiro Maruyama, Hardware development: At the time, we didn’t know if the emulator would work or not.
Shimizu: In the end, we wouldn’t know unless we let NERD (Nintendo European Research & Development) try their hand at it, so they tried to work it out on the side while developing the NES Classic. Something else that was crucial was that we found the completed data for Star Fox 2 that still existed, in both Japanese and English.
Nishi: That really was important.
Shimizu: The source code still existed as well, so we thought we could finally work on it properly. Producer Shimada and the director of Star Fox 2, Eguchi negotiated with Miyamoto, and handed the data to NERD. After that, Super-FX chip emulation started.
Famitsu: Star Fox 2 is being released for the first time, so did you treat it differently compared to other titles on the SNES Classic?
Maruyama: Firstly, we tested to see if it was objectively fun to play. Just in case, maybe, the game was better off left as a myth. (laughs)


Shimizu: But the results showed that it was good, so it got included.
Posted by 9To5TechNews at 11:30 PM