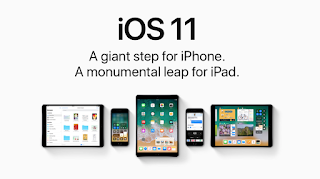 iOS 11 is no available for iPhone and iPad, adding features like a file manager and screen recording among other features. It also killed every 32-bit app. Apple has been warning app developers since 2014 that all apps need to support 64-bit apps. There are long and complicated explanations for what that means, but basically, the hardware in new iPhones and iPads is taken advantage of  64-bit apps, and Apple codified this officially with iOS 11. This means that older apps, including games, haven't been updated since Apple started enforcing this.  Thoughts ? Yes 64-bit should be the standard, but should Apple make exceptions for apps who’ve been abandoned by there developers ?
Posted by 9To5TechNews at 4:19 PM