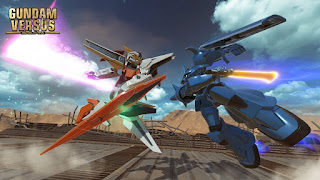 Bandai Namco has announced that they will be  launching an open beta for the PlayStation 4-exclusive Gundam fighting game, Gundam Versus. The beta will allows players to engage in online casual matches or missions. It will run from midnight PST on the September 2 to midnight PST on September 4.  A PlayStation Plus subscription won’t be required to participate in the beta. Check out the trailer below. Gundam Versus releases on September 29 in North America.

UPDATE 8/29/17 - You can now pre-load the beta. You'll be able to play the beta from September 2 to September 4. According to the store description this is what the beta will include: