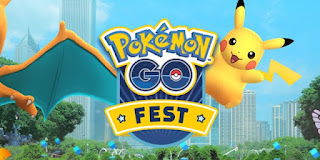 Niantic have detailed the issues that took place during Pokemon GO Fest on their official blog dedicated multiple paragraphs to them. They explained in more detail just what went wrong with the game. Here’s what they had to say:
“What happened? Technical issues with our game software caused client crashes and interfered with gameplay for some users. The gameplay issue was resolved with a server configuration change and the crashes were also addressed for many but not all users. A more protracted problem was caused by oversaturation of the mobile data networks of some network providers. This caused many attendees to be unable to access Pokémon GO or other Internet services. Network congestion also led to a login issue which affected some users able to access the Internet. This latency-related login issue was addressed with a second Niantic configuration change.


On the pure network access issue, we provided detailed estimates on attendance and required data throughput per user to our event partner who worked with the major carriers to allow them to plan for adequate coverage. Some carriers deployed Cellular on Wheels (COWs) to extend their capacity. In other cases the providers deemed them unnecessary based on other infrastructure already in place at the site. Users reported different levels of success with these providers. WiFi was enabled by one provider as a solution which helped some users but not all. Sprint was onsite as an official partner, deployed a COW, and their network was busy but held up well. Although many players were able to play normally for the majority of the day, many were not, and based on that we made a number of adjustments to the event plan.”
Posted by 9To5TechNews at 9:50 AM