My Hero Academia Is Getting A Free To Play Battle Royale 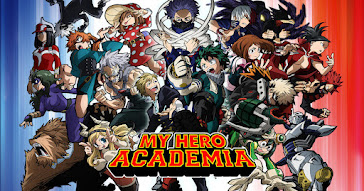 My Hero Academia: Ultra Rumble, a free-to-play battle royale game coming to the PlayStation 4, Xbox One, Switch, and PC, has been unveiled by Bandai Namco.

According to Gematsu, a Japanese publication, this new battle royale is in the setting of the popular manga-turned-anime My Hero Academia was unveiled in the most recent edition of Weekly Jump. So far, all we know about the game is what's been revealed in Weekly Jump, which Gematsu has two images of, so be sure to check out their story for additional Japanese details and several in-game screenshots.

According to the announcement, Bandai Namco intends to do a closed beta test for My Hero Academia: Ultra Rumble. All-Might, Shoto Todoroki, Katsuki Bakugo, and, of course, Izuku Midoriya are among the heroes expected to appear in the game.

It's anyone's guess where this game fits into the story, however eagle-eyed fans may see certain clues that situate it after important events in the program. We won't give anything away since you should watch or read the excellent My Hero Academia.

Gematsu cites someone on Twitter with discovering the magazine revelation, but that tweet has already been removed. Only time will tell if this Weekly Jump magazine wasn't available yet and that individual obtained an early edition or anything. For the time being, there is no release date for My Hero Academia: Ultra Rumble.