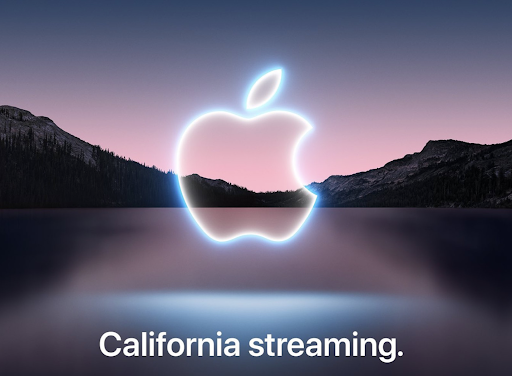 Apple has announced a virtual event “California streaming” for Tuesday, September 14, at 10 AM PT / 1 PM ET. It will be streamed from the Steve Jobs Theater at the Apple Park Campus in Cupertino, California. Apple will most likely announce the iPhone 13 and Apple Watch Series 7. It may also introduce the next generation of AirPods.

Here are the rumors about the iPhone 13:

° It will have Face ID hardware that will work with masks and foggy glasses.

° At least some models will support ProRes for videos and Portrait Mode for video.

° It will add advanced photo filters.

° It will have an “always-on” display like the Apple Watch.

° It will adopt the improved Wi-Fi 6E protocol.

° High-end models of the upcoming iPhone 13 lineup will sport an upgraded ultra-wide camera with autofocus.

° Some, perhaps all, models will have LiDAR sensors.

° It will have bigger watch faces to accommodate the bigger screens.

° It will have a blood pressure sensor.

° It will have a new design and speaker grills.

° It will pack a smaller “S7” chip that would leave more room for a larger battery or other components.

° It be offered in a green hue.

° It will sport a faster processor.

° It will sport a “new lamination technique” that raises the watch’s display closer to the top cover.

° It will borrow updated ultra-wideband technology from the Apple AirTag key finder.

As for the “AirPods 3,” they’re expected to look pretty much the same as the current version, but with a shortened stem, adjusted earbud body and an AirPods Pro-style charging case. No word on when an update to the AirPods Pro might arrive, though September/October is possible. The AirPods Pro 2 will reportedly have a round design and eliminate the short stem that currently sticks out from the bottom.