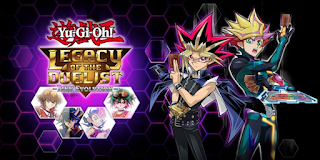 Konami has announced that the Nintendo Switch exclusive Yu-Gi-Oh! Legacy of the Duelist: Link Evolution is coming to the system on August 20th. They have also released a teaser for the game as well as announcing that those who go for the physical version will be able to get 3 new Yu-Gi-Oh! trading cards.