Siri And Google Assistant Are The Most Popular Digital Assistants 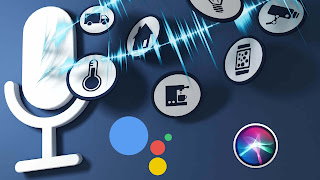 According to a new Microsoft Market Intelligence study, Apple’s Siri and the Google Assistant tied for first place with 36% as the most popular digital assistants.
Alexa comes in third with 25% of respondents reporting usage, closely followed by Microsoft’s Cortana with 19%. Microsoft notes that the popularity of Siri and Google is likely due to the sheer volume of mobile phones.

Both Siri and Google are more aligned with mobile phones while Alexa is more closely aligned with smart speakers. Microsoft’s March – June 2018 survey was conducted online with over 2,000 global responses representing the U.S., UK, CA, AU and IN. Here are some of the highlights: