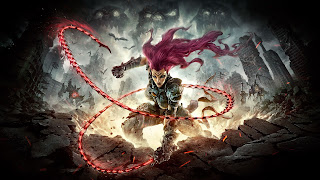 Darksiders III developer, Gunfire games, have released an update to the game that allows players to switch combat to what they have dubbed "Classic" style.
The new update asks players to pick between Default and Classic modes. While default functions the same as the game has since launch, Classic is described as a mode similar to previous games.
The current method forces players to commit to their attacks in a manner similar to Dark Souls. Classic allows players to dodge during attacks, meaning you can start an attack without having to finish it, massively cutting down your vulnerability window. You can also use items instantly in Classic mode.