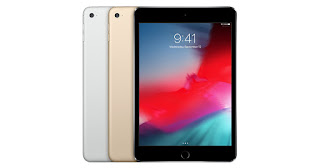 A report from China Business News (as noted by AppleInsider) Apple is preparing a new version of the iPad min for 2019.

The report says a new, low-priced model of the 7.9-inch iPad mini is slated for the first half of 2019, with the supply chain starting production for the model in late December. The article also claims that a new version of the 9.7-inch tablet is coming next year, but will have a larger screen (more than 10 inches) in a narrower frame.

A new 9.7-inch tablet is a given in my opinion, a new iPad mini, not so much. I feel like the mini is in that weird gray area, most people have a plus model, so why would they get the mini when they have that ? Only time will tell to see what Apple actually does. Thoughts ?