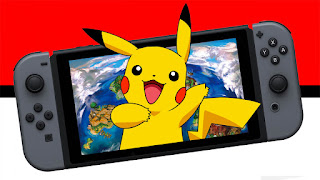 Game Freak’s Junichi Masudamspoken briefly about the upcoming Pokémon adventure for the Nintendo Switch coming in 2019. Speaking to Famitsu, Masuda, said that the core 2019 title will be similar to the games that long-term Pokémon fans are familiar with that have appeared on handheld platforms like the Nintendo 3DS. Until the full interview is published online we shall have to make do with these extracts.
“As for the 2019 title, we’re working with the idea that everyone will be playing on their own Switch. It’ll have the same kind of feeling as the previous games on handheld systems.”
“There have been times where you couldn’t bring Pokemon over from previous titles – I imagine that created some bad memories. I want to try and change that, if I can.”