A Walking Dead VR Game Is Coming In 2019 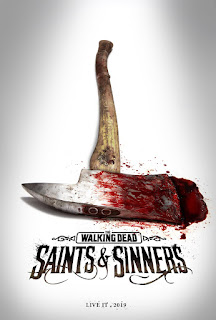 Skydance Interactive and Skybound Entertainment have announced The Walking Dead: Saints & Sinners, a VR game that will launch worldwide in 2019. The game is set in New Orleans and will have players explore the flooded remains of a once vibrant city while dealing with other survivors. More about Saints & Sinners will also be revealed during Skybound’s The Walking Dead livestream, which will be streamed on Twitch on July 21 at 4 p.m. PT/7 p.m. ET.

Email ThisBlogThis!Share to TwitterShare to FacebookShare to Pinterest
Labels: The Walking Dead, VR