Rocksteady Speaks Out About Skipping E3 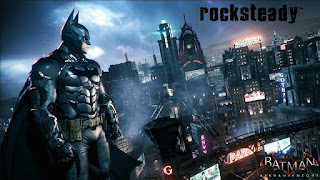 Rocksteady, the developer of the Batman Arkham game series, has addressed its absence from E3 this year. Game director and co-founder of Rocksteady Studios Sefton Hill posted a message on Twitter acknowledging fans.


Hi all! I wanted to share a quick message from me and the Rocksteady team... pic.twitter.com/dlzIrACfcR
— Sefton Hill (@Seftonhill) June 14, 2018

Fans were expecting Rocksteady at E3 because of rumors regrading the development for a Superman or Justice League game.
Posted by 9To5TechNews at 3:40 PM