Pokemon Park Rumored To Be Coming To Universal Studios Orlando 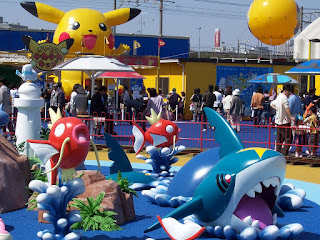 The network ABC is reporting that a Pokemon themed park is coming to Universal Studios Orlando. Sources have been spoken to by the publication and it seems certain that a Pokemon Park will be added to the the KidZone section of Universal, where Woody Woodpecker and Barney are located now. That particular area was originally meant to house Mario Kart and a Donkey Kong roller coaster. That’s now reportedly moving and will be set up on the 400 acres Universal recently bought near Kirkman Avenue which is located across the street.
“That land will become home to Universal’s fourth Orlando park, and Nintendo will be one of several themed lands to be built there. Nintendo holds the trademark for Pokémon and this is part of a plan to distribute Nintendo out to all the properties, much like Harry Potter.”