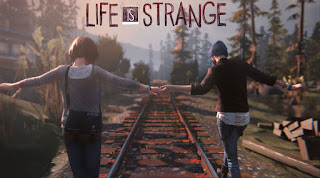 With the release of the bonus episode(“Farewell”) of Life is Strange: Before the Storm, this will close the story of Max and Chloe. However, it does seem like news on a new Life is Strange is coming soon.
In a blog post about the Before the Storm episode titled Farewell, some details about the new game come through.
"But when a door closes, a window opens… or, something like that," the post reads. "We now look forward to the coming months, when Michel Koch and Raoul Barbet’s team at Dontnod returns to present the new story and characters of the next Life is Strange." The post also mentions the likelihood of ever seeing Chloe and Max again after Before the Storm is not an inevitability, so the episode title "Farewell" likely has connotations for fans as well.
Given the time frame of "the coming months," E3 in June might be a good bet for when we see the new title, though Dontnod and publisher Square-Enix could easily release it whenever they’d like to. Thoughts ? Where do you think the new game will take place ?