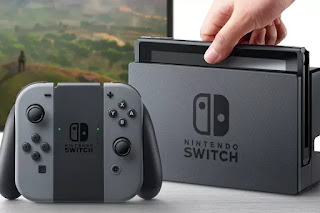 The Wall Street Journal has reported that Nintendo is currently looking to increase sales of the Nintendo Switch with brand new peripherals this year, rather than a standard revision of the console. Sources told the site that upcoming Switch features this year could include additional network features and new accessories that plug into the USB-C port.
“The people familiar said expanded Switch features in the coming year could also include additional network-related features and peripherals to be attached to its USB Type-C port.”
“But they said changes to the Switch itself—like a smaller version of the machine—were unlikely this year as Nintendo focuses on better manufacturing and shipping of the current model.”
“At an investor briefing in February, Mr. Kimishima, the Nintendo CEO, said he wanted to make the Switch’s product cycle longer than the five-to-six-year span that’s become customary in the videogame console industry. One person familiar with development plans said waiting longer to introduce variations in the hardware would serve that purpose.”