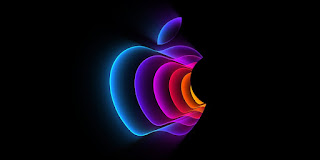 Apple has announced the "Peek Performance" March Keynote event for Tuesday, March 8, at 10 a.m. (Pacific). It will be a completely digital event. It will be available to view at apple.com.

You can expect a new iPhone SE, a new iPad Air (generation 5), and possibly a new Apple Silicon Mac. A revised 13-inch MacBook Pro and a new Mac mini, both with a new M2 chip. A 27-inch iMac with an M1 Pro or M1 Max processor is also rumored.

The improved A14 Bionic CPU will be found in the 4.7-inch entry-level iPhone. The fifth-generation iPad Air will most likely be comparable to the sixth-generation iPad mini in terms of functionality. An A15 Bionic chip, 12-megapixel Ultra Wide front camera with Center Stage capability, 5G for cellular versions, and Quad-LED True Tone light are among the features.