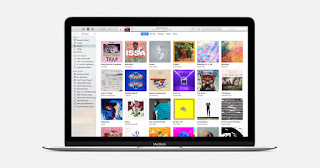 The long rumored  break-up of iTunes on the Mac could be coming true at Apple Worldwide Developer Conference (WWDC), according to Bloomberg's Mark Gurman.

He says: “iTunes has been the way Apple users listen to music, watch movies and TV shows, hear podcasts, and manage their devices for almost two decades. This year, Apple is finally ready to move into a new era. The company is launching a trio of new apps for the Mac – Music, TV, and Podcasts – to replace iTunes. That matches Apple's media app strategy on iPhones and iPads. Without iTunes, customers can manage their Apple gadgets through the Music app.”

I honestly wish Apple would just redesign iTunes and not separate things. But, with the company focusing more on services like Apple Music and Apple TV+ it’s kinda inevitable. It’s an end of an era for sure.