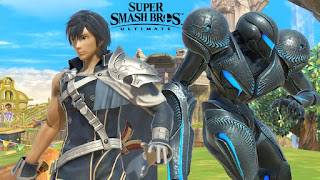 During the Super Smash Bros Ultimate Direct it was announced that 2 new Echo Fighters are coming to the game. Fire Emblem’s Chrom and Metroid’s Dark Samus will be the newest echo fighters joining the roster. A few more fighters will be announced before the game releases, so stay tuned for more reveals. Super Smash Bros Ultimate releases on the Nintendo Switch on December 7.


Chrom and Dark Samus join the action! These Echo Fighters are based on Roy and Samus, but they’re slightly different and have their own feel. pic.twitter.com/FmSDauIFaD
— Nintendo Versus (@NintendoVS) August 8, 2018