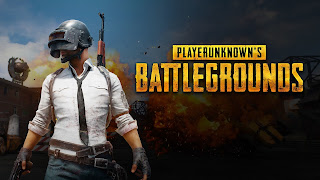 The developer for PlayerUnknown’s Battlegrounds,  PUBG Corp. has announced that the game will be launching on Xbox Game Preview on December 12 for $30.
Xbox Game Preview is basically the Xbox version of Early Access, allowing players to buy a still in-development version of PUBG. Creative director Brendan “PlayerUnknown” Greene said it’s “essentially a beta version,” and that it will allow them to work with the community to balance the game before its final release.


Greene also confirmed to that the PC version of PUBG will leave Early Access in late December, but said they are “still evaluating” when exactly that will be. PUBG Corp. CEO C.H. Kim reiterated that “our team is really putting all of their efforts into making [PC release this year] happen.” The recently detailed desert map and vaulting systems will be part of that eventual 1.0 update, along with an improved replay system. “That's when we feel the 1.0 release is feature complete,” Green said, “but we don't stop development at that stage. We want to continue polishing, upgrading and optimizing the game for the next years.”
Posted by 9To5TechNews at 11:36 PM