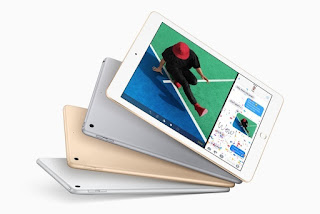 In a note to clients KGI Securities analyst says the 2018 iPad Pro will add FaceID with a TrueDepth camera, following the debut of such features in the upcoming iPhone X. Apple says FaceID is “even more convenient than Touch ID.” With Face ID, the iPhone X unlocks only when you’re looking at it. It’s designed to resist spoofing by photos or masks. Your facial map is encrypted and protected by the Secure Enclave. And authentication happens instantly on the device, not in the cloud. The TrueDepth camera for the iPhone X works by using a projector to cast 30,000 dots on your face, which it then reads with an infrared camera. Apple already demonstrated applications of the system, FaceID and Animojis, both of which promise implications of their own when the TrueDepth SDK (software developer kit) is available for developers. Kuo has previously predicted that OLED panels will come to the iPad in 2018. He also forecasts that all high-end iPhones that roll out next year will replace Touch ID with FaceID.
Posted by 9To5TechNews at 8:45 PM