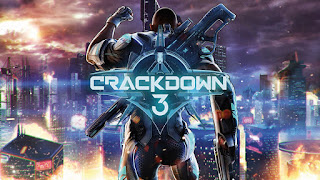 Microsoft has announced that Crackdown 3 has been delayed until Spring 2018. The game was originally set to launch on November 7 and be the premiere launch title for the Xbox One X. Crackdown 3 is developed by Sumo Digital in collaboration with Reagent Games, it was originally announced at E3 2014.

It's always disappointing to move a date. We are very committed to shipping @Crackdown 3 to the level of quality the fans deserve.
— Phil Spencer (@XboxP3) August 17, 2017

Email ThisBlogThis!Share to TwitterShare to FacebookShare to Pinterest
Labels: Crackdown 3, Microsoft, Xbox One, Xbox One X