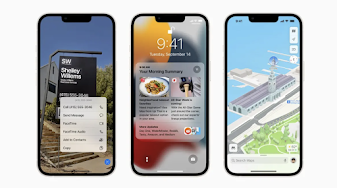 Apple has released iOS 15.5 and iPadOS 15.5 with improvements to the Wallet and Podcast apps. According to Apple's release notes, the operating system upgrades include the following improvements and bug fixes:

– Wallet now enables Apple Cash customers to send and request money from their Apple Cash card
– Apple Podcasts includes a new setting to limit episodes stored on your iPhone and automatically delete older ones
– Fixes an issue where home automations, triggered by people arriving or leaving, may fail

You can update your iPhone and iPad by going to Settings —> General —> Software Update.