Alien: Isolation Is Now Available On iOS And Android 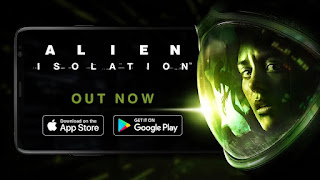 Alien: Isolation is now available worldwide for iOS and Android. The survival horror game from SEGA and Creative Assembly has been converted to mobile in a spectacular way.

The base price of $14.99 for Alien: Isolation on mobile includes all seven DLC packs. If you're thinking about purchasing it, be sure you have enough room. Feral Interactive recommends 22GB of free space for a trouble-free installation. On the iPhone side of things, Alien: Isolation supports iPhone 7 Plus, iPhone 8 Plus, iPhone X (and later), and iPhone SE (2020). iPad Pro 2nd gen (and later), iPad Pro 1st Gen 12.9-inch model only, iPad 7 (2019) and later, iPad Air 3 (2019) and later, and iPad mini 5 (2019) and later are all supported. You can sign up for it in advance on Google Play for Android. Google Play has a list of Android prerequisites. Alien: Isolation is currently available on the App Store.