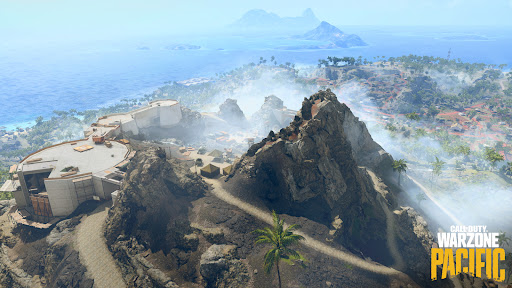 The new Pacific-themed map for Call of Duty Warzone, officially known as Caldera, will launch on December 2. However, anyone that owns Call of Duty: Vanguard, which releases November 5, before the launch of Season 1 on December 2, will get 24 hours of early access to the new map. Verdansk will no longer b playable on December 1, but those who didn't purchase Vanguard and want to play Warzone specifically on that day will still be able to, they’ll just be launched into Rebirth Island, instead of Caldera.

Activision Blizzard has detailed what you can expect to find on Caldera when it hits Warzone for everyone on December 2.

“Lush forests and rocky crags. White sand beaches and mysterious ruins. A dormant volcano that towers over the 200-plus points of interest,” a Call of Duty blog post reads. “A map roughly the size of Verdansk, which it will replace as part of the [Season 1] update, this new map is based on two years of research and listening to the community.”

Activision Blizzard says your progression from Verdansk will carry over as well, including operators, calling cards, weapons, and more.