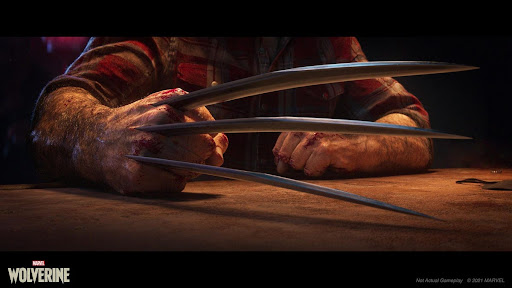 Spider-Man isn't the only Marvel superhero getting his own video game over at Insomniac Games. During the most recent PlayStation Showcase, Insomniac teased Wolverine is getting his own game, and yes its set in the same universe as Spider-Man. Not much was revealed about the upcoming game other than that it exists, but we did get an idea of the tone it will take. Wolverine has never been the most "amped up" character, and Insomniac looks to be respecting that with our first teaser of its upcoming game.

According to the most recent PlayStation Blog post about the announcement, "Marvel’s Wolverine is a standalone game being directed by Brian Horton (creative director) and Cameron Christian (game director), who recently led the creative efforts on Marvel’s Spider-Man: Miles Morales, a game we’re extremely proud of at Insomniac. In the vein of our Spider-Man games, our goal here is to not only respect the DNA of what makes the character so popular but also look for opportunities to make it feel fresh and truly reflect the Insomniac spirit. Even though Marvel’s Wolverine is very early in development, from what I’ve seen of its emotional narrative and cutting-edge gameplay (see what I did there?), the team is already creating something truly special."