Windows 11 Is The Next Generation Of Windows 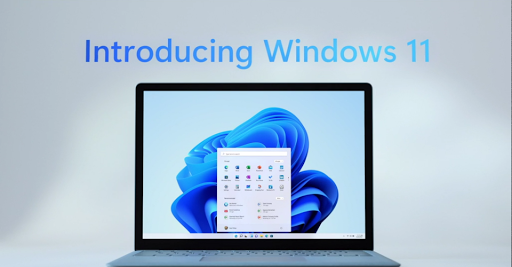 Microsoft has announced the next version of Windows,
Windows 11, which will offered as a free upgrade. Microsoft's latest operating system introduces some improvements to the user interface, such as a new Start menu that is now located at the center of the taskbar. Windows 11 will also incorporate a lot of features found on Microsoft's Xbox Series X/S game consoles, including Auto HDR and an Xbox Game Pass app built directly into the operating system. The OS will also integrate Microsoft Teams and more surprisingly, Windows 11 will support and run Android apps through a new Windows store.

To receive a free upgrade for Windows 11, Windows 10 PC owners must meet the minimum requirements needed to run Windows 11, which is currently a 64-bit processor, 4GB of RAM, and 64GB of storage. If you meet the criteria, Windows 11 will arrive on your PC the same way Windows 10 updates were delivered to your computer.

Windows 11 will launch later this year and will be "delivered" over the next several months. Active and eligible devices will receive the Windows 11 upgrade "through the first half" of 2022. However beta build for Windows Insiders is rolling out now.