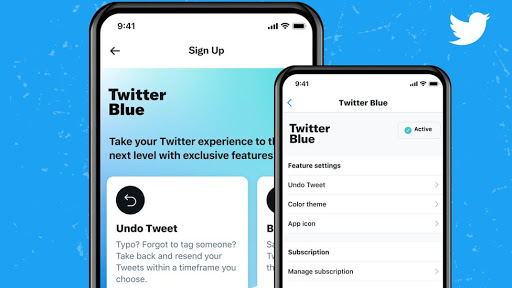 Twitter has confirmed its plans to offer monthly subscriptions in its app. The company’s new “Twitter Blue” service, which gives users access to “exclusive” features for a few bucks a month, is launching in Canada and Australia.

For now, Twitter Blue adds only a handful of additional features, including folders to organize bookmarks and a “reader mode” to make it easier to view long threads. There’s also an “undo tweet” feature. Twitter Blue also adds a few extra customization options to the app (Twitter Blue features are mobile only at the moment), like the ability to set a custom app icon and color themes. Subscriptions cost $3.49/month in Canada and $4.49/month in Australia. In a blog post, the company says that this is merely the “first iteration” of Twitter Blue, so it’s fair to expect that more features will be added over time.