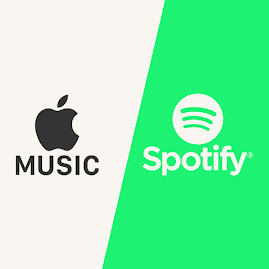 The Wall Street Journal says Spotify pays an average of about one-third to one-half penny per stream, however, its larger user base generates many more streams. Apple’s payments come out of monthly subscription revenue from users.

In June 2019 Apple said it had more than 60 million Music subscribers. Spotify has 155 million paid subscribers — and 355 total when you figure in those who listen to the ad-supported version.  Apple Music doesn’t offer a free, ad-supported option. Both Apple Music and Spotify Premium subscriptions are $9.99 a month.