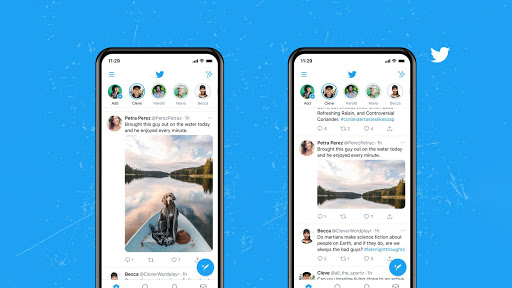 Twitter has announced its testing full-sized image previews on the timeline for iOS and Android, allowing users to see a full image in its original size, instead of a cropped 16:9 version.

On iOS and Android, Twitter currently displays a cropped version of any non-16:9 image on the timeline. The newly announced change, currently being tested, will instead show an image in its full size right inline on the Twitter timeline.

Twitter also announced it is testing the ability for users to upload 4K images on iOS and Android. Users will see a new "High-quality image upload" option on the "Data usage" settings page. Twitter hasn't specified a timeframe for when these changes will roll out.