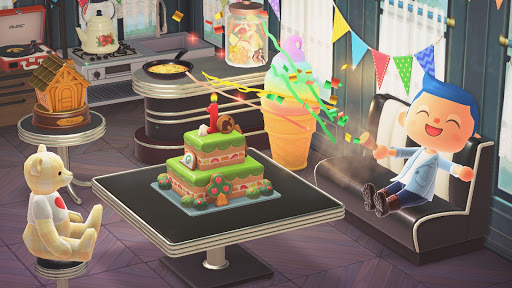 Nintendo is ready to celebrate the first anniversary of Animal
Crossing: New Horizons which is happening on March 20th. To celebrate the momentous occasion, Nintendo will be giving all players who download the latest update a free 1st Anniversary Cake. The cake will arrive from Nook Inc. directly into your in-game mailbox.