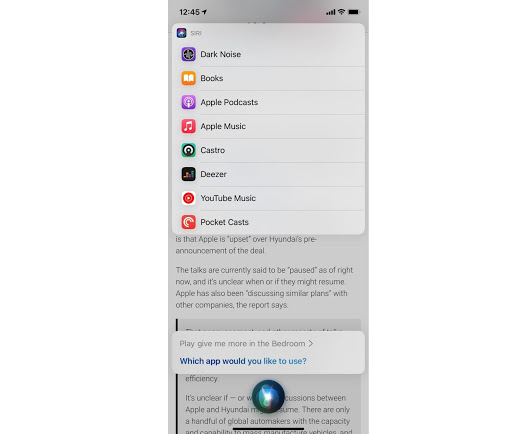 UPDATE 3/9/21 - It looks like iOS 14.5 won’t actually let you change your default music service. Beta users had originally noticed that it appeared as if early versions of the update might allow you to change the default service that launches when you ask Siri to play a song. TechCrunch reported Apple has  “clarified” that it “doesn’t consider this feature the equivalent to ‘setting a default.’
Looks like with Siri in iOS 14.5 (public beta) users can set their preferred app as the default for vocal requests. Users asking Siri to play a song for the first time in the beta are given a
selection of music or streaming services to choose from. Users then select their desired service from the list, which will start playback via that app.

Importantly, the user's selection is set as a default for future song playback requests, playing the song without adding the name of the specific app. There's no guarantee that it will arrive as part of the final iOS 14.5 release.

Apple currently only allows the changing of the default browser and mail apps in iOS. This may be a sign of more changes to come in iOS.