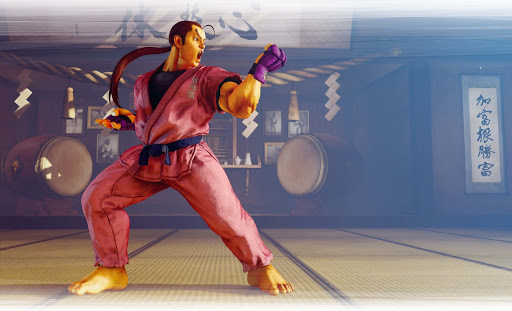 The Street Fighter V team perviously announced the next wave of characters for Season V. We knew Dan, Rose, Oro, and Akira (from Rival Schools) would be joining the roster, but now we have more information of when to expect the first character,
Dan, along with what else is to be expected from Season V.

Season V, which is the final season of Street Fighter V, will feature the four previously announced characters as well as one final mystery character. You can obtain all of those through the standard Character Pass for the season, which costs $25. The Character Pass also includes all five characters' colors 3 through 10, a PS4 theme or Steam PC wallpaper, and bonus content featuring a new Fighter Profile theme as well as Eleven, the previously non-playable character from Urien's story, as a bonus playable character. On top of that, Character Pass purchasers also get five battle costumes and six titles. If you want more from Season 5, you can drop $40 on the Premium Pass, which includes everything from the Character Pass, plus additional stages, costumes, titles, Fighter Profile themes, and Fight Money. 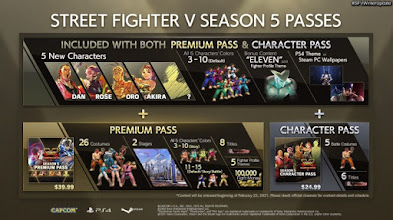 Capcom also announced a new mechanic called V-Shift, which allows characters to enter a brief sequence where they become invincible to throws and automatically evade all body shots and projectiles. If V-Shift is activated at the same time as an attack, both characters will enter slow-motion and the activating character will be invincible until the animation finishes.

Dan is the first DLC fighter to release as a part of Season V, releasing on February 22. He joins the fight alongside the new V-Shift battle system, new balancing, and a free training stage in that same update.