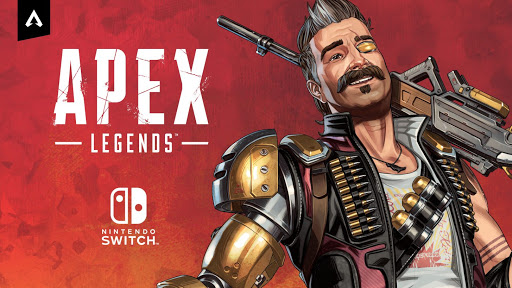 Respawn Entertainment and EA have announced that Apex
Legends will arrive on the Nintendo Switch on March 9th. Apex Legends for the Nintendo Switch will support cross-platform play, the latest seasonal content, and full feature parity with the other versions of the game. The team says that because Apex Legends releases on the Switch after Season Eight, Switch players will receive 30 free levels for their Season 8 Battle Pass. The company also said that after the first two weeks after launch you will also earn double XP.

“Porting Apex Legends to its smallest screen yet is a major achievement, and we couldn’t have done it without our friends at Panic Button. We’re very proud of what the team has been able to achieve with some smart optimizations for the Switch port to deliver a full-featured Apex Legends experience on the go.

Apex Legends will launch on Switch with support for cross-platform play, our latest seasonal content, and full feature parity with the other versions of the game.

Plus, since we’re launching a few weeks after the start of Season 8, Switch players will be granted 30 free levels for their Season 8 Battle Pass. For the first two weeks after launch, playing on Switch will also earn you double XP.”