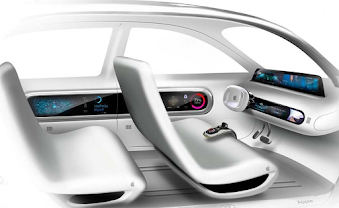 Apple and Hyundai plan to sign a partnership deal on autonomous electric cars by March and start production around 2024 in the U.S. according to Korea IT News. Both companies have declined to comment on the rumor.

Korea IT News reported that Apple and Hyundai would team up to produce electric vehicles. Hyundai is a South Korean multinational automotive manufacturer headquartered in Seoul. Hyundai Motor Company was founded in 1967 and, along with its 32.8% owned subsidiary, Kia Motors, and its 100% owned luxury subsidiary, Genesis Motor, and electric vehicle subsidiary, Ioniq.

Meanwhile Bloomberg says Apple will take at least half a decade to launch an autonomous, electric vehicle because development work is still at an early stage. Quoting unnamed “people with knowledge of the efforts,” the article says the tech giant has a small team of hardware engineers developing drive systems, vehicle interior and external car body designs with the goal of eventually shipping a vehicle.

Bloomberg says this is “a more ambitious goal than in previous years when the project mostly focused on creating an underlying self-driving system.” The article adds that Apple has also added more ex-Tesla Inc. executives to the project.