Apple Announces Its First Chip For The Mac 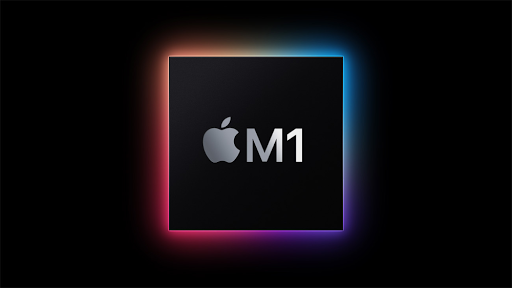 Apple has announced the M1, the most powerful chip it’s ever created and the first chip designed specifically for the Mac.

Johny Srouji, Apple’s senior vice president of Hardware Technologies, says it’s optimized for Mac systems in which small size and power efficiency are critically important. As a system on a chip (SoC), the M1 combines numerous powerful technologies into a single chip, and features a unified memory architecture for dramatically improved performance and efficiency, he adds.

As a result, Apple says the M1 delivers up to 3.5x faster CPU performance, up to 6x faster GPU performance, and up to 15x faster machine learning, all while enabling battery life up to 2x longer than previous-generation Macs.

Macs and PCs have traditionally used multiple chips for the CPU, I/O, security, and more. Now with M1, these technologies are combined into a single SoC. It also sports a unified memory architecture that brings together high-bandwidth, low-latency memory into a single pool within a custom package. This allows all of the technologies in the SoC to access the same data without copying it between multiple pools of memory, further improving performance and efficiency, according to Srouji.

The M1 features an 8-core CPU consisting of four high-performance cores and four high-efficiency cores. Each of the high-performance cores provides industry-leading performance for single-threaded tasks, while running as efficiently as possible, says Srouji. He adds that they’re the world’s fastest CPU cores in low-power silicon, allowing photographers to edit high-resolution photos with lightning speed and developers to build apps nearly 3x faster than before. And all four can be used together for a boost in multithreaded performance.

By themselves, these four cores purportedly deliver similar performance as the current-generation, dual-core MacBook Air at lower power. And all eight cores can work together.

Srouji says the M1 includes Apple’s most advanced GPU that features up to eight cores capable of running nearly 25,000 threads simultaneously. With 2.6 teraflops of throughput, it has the world’s fastest integrated graphics in a personal computer.

The M1 chip brings the Apple Neural Engine to the Mac, greatly accelerating machine learning (ML) tasks. Featuring Apple’s most advanced 16-core architecture capable of 11 trillion operations per second, the Neural Engine in M1 enables up to 15x faster machine learning performance. In fact, the entire M1 chip is designed to excel at machine learning, with ML accelerators in the CPU and a powerful GPU, so tasks like video analysis, voice recognition, and image processing will have a level of performance never seen before on the Mac, according to Srouji.

He adds that the M1 chip is packed with a number of powerful custom technologies, including: