Call of Duty: Modern Warfare Possibly Getting A Battle Royale Mode In March 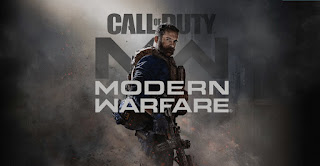 
If you go to Atlas Superstore in a private match and become the COD caster you can explore the entire map. It is all low quality because you don't see it in regular gameplay. I flew all the way up in the sky to get the overview :) pic.twitter.com/QpiVaBd7Un
— Ryan B. (@PrestigeIsKey) February 12, 2020